Bishop Michael Robert Kennedy was born in Wagga Wagga in 1968, the youngest of the nine children of John Kennedy and his wife Fidelma (nee Madden).

Ordained in 1999, the Bishop served in the Griffith parish, at St Francis Residential College within Charles Sturt University, in the Albury parish and, since 2007, as parish priest of Leeton from where he has been appointed to the care of the Church of Armidale.

He has also lectured in Moral Theology, Mariology and Church History at the Wagga Wagga Diocesan Seminary since 2000, been the diocesan Director of Vocations and a member of the diocesan Council of Priests since 2003. He served on the diocesan Schools Commission (2002-2004) and as National Chairman of the Confraternity of Catholic Clergy (2005-2009).

He was, until his appointment to Armidale, a diocesan Consultor and Vicar Forane.

The Bishop’s appointment was announced on 7 December 2011 and he was ordained as a bishop and installed as 10th Bishop of Armidale on 9 February 2012. 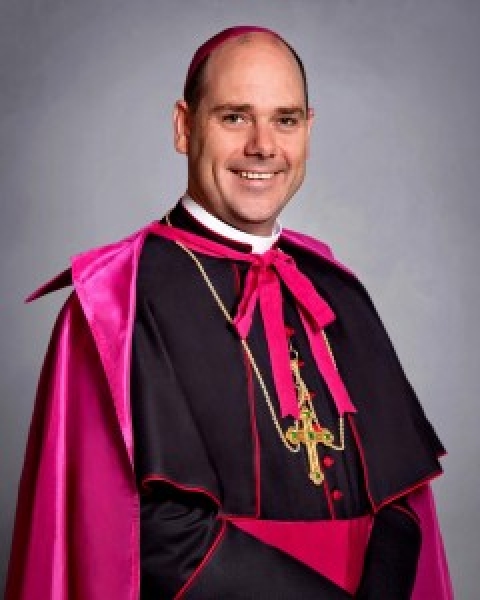